Molecular Interactions Between Apicomplexan Parasites and Their Host Cells

Parasitic diseases caused by pathogens of the Apicomplexan phylum result in hundreds of thousands of deaths per year, in addition to being an immense socioeconomic burden on vulnerable populations. A notorious case is that of Plasmodium parasites, the causative agents of malaria and one of the most ancient and devastating diseases known to humankind. Prior to infecting red blood cells resulting in the symptomatic stage of infection, Plasmodium parasites infect liver cells and undergo one of the most rapid replication events known in eukaryotes. Given the asymptomatic nature and technical challenges associated with studying the liver stage, this portion of the Plasmodium life cycle remains poorly understood, hindering our ability to target this stage of the life cycle for disease prevention. In particular, the host and parasite pathways that are critical to parasite infection during this hepatic phase remain unknown. The lack of effective vaccines coupled with the widespread emergence of drug-resistant parasites necessitates our understanding of host-parasite infection biology to develop improved therapeutics.

To elucidate host-parasite interactions in the Plasmodium liver stage, we implemented a forward genetic screen to identify host factors within the human druggable genome that are critical to P. berghei infection in hepatoma cells, as well as RNA-seq approaches to delineate host and Plasmodium gene expression regulation during infection.  Through our genetic screen, we identified the knockdown of genes involved in host trafficking pathways to be detrimental to Plasmodium infection. We additionally pursued mechanistic studies using small molecules and imaging approaches and found that both P. berghei and the related apicomplexan parasite Toxoplasma gondii hijack host trafficking by rerouting host vesicles to their parasitophorous vacuole, although with differing specificities.

Our extensive RNA-Seq analysis throughout the P. berghei liver stage revealed that hundreds of parasite genes, including some coding for putative exported proteins, are differentially expressed as early as 2 hpi and that multiple genes shown to be important for later infection are upregulated as early as 12 hpi. Using co-expression analyses, we examined potential regulation of gene clusters by ApiAP2 transcription factors and found enrichment of mostly uncharacterized DNA binding motifs. This finding indicates potential liver-stage targets for these transcription factors, while also hinting at alternative uncharacterized DNA binding motifs and transcription factors during this stage. We further explored regulatory mechanisms in the liver stage by identifying differentially expressed host lncRNAs in P. berghei-infected cells, and novel putative lncRNAs in P. vivax hypnozoites.  Overall, our work uncovered critical host and parasite pathways in the Plasmodium liver stage and highlights the use of high-throughput genetic and transcriptomic approaches in combination with chemical biology and classic cell biology studies to uncover host-parasite interactions in challenging infection systems. 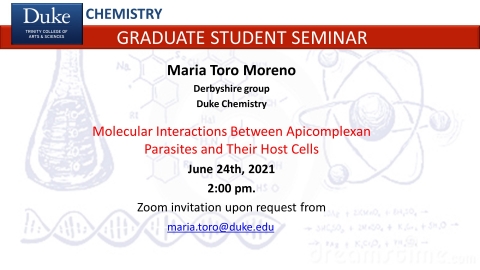